How To Add Roles In Discord [Modify/Assign/Delete] I had never imagined that Discord would be a fun package for me. One of my friends suggested me to download it. And I did the same. I deleted the Instagram app to save time. And downloaded the Discord 😂. And after using it for a while, I have become used to it. Now I recommend it to my other friends. Some of them have even tried creating their servers. And the first question which they asked to me was “Laksh, How to add roles in Discord”. So, I thought, dude, why not to write an article on this topic? 🤔 There might be many people who would have the same question. So, I am here. I will not only tell you how to make roles in Discord but also how to modify and delete them. So are you excited about this?

What Are Roles In Discord?

Before heading towards the process to create Discord roles, first, let me give you a small description of them. Roles in Discord basically consists of the set of permissions/abilities granted to them whom those roles are assigned. Like, the default role in Discord is @everyone which allows users to read the messages and chat on the server. It doesn’t include any administrative powers. Let me give you another, typical example. You might have seen moderators in different social media groups. Right? You can also create such a role in which the assigned user would have the ability 💪 to ‘mute‘ or ‘ban‘ the users on that server.

Tip: Do you know you can make your Discord chats more interesting using different text formats? If not, then check out this guide: Discord Markdown.

Why Are Roles Much Required In Discord?

We just learnt about the roles in Discord. But why are they required? And is it compulsory to add roles in Discord? I know, these are some of the questions which might be revolving around your brain. Don’t worry. I will answer each one by one. See, roles are much required in Discord as there are around 30 different permissions in total. It includes eight voice permissions, nine text permissions and thirteen general permission.

How To Add Roles In Discord:

Now finally, let’s learn how to create roles in Discord. Afterwards, we will also be seeing how to assign them? For this tutorial, I have created a test/demo server with the name “Tech Toogle“. So let’s move ahead. To add roles in your Discord server, follow the steps given below:

If you want to know more about these permissions, then you can click on the “need help with permissions?” link or you can directly visit the page from here.

How To Modify A Role In Discord:

Finally, you learnt how to add roles on Discord. Now let’s see how to modify/edit them. Like creating a role, modifying it is also very easy. For doing this, you need to click on the role which you want to edit. Now you can make the desired changes like renaming the role, changing the role color, modifying the permissions, role settings, etc. Moreover, After completing up with this, don’t forget to save the changes.

Tip: You can even use text-to-speech in Discord. If you want to know how? Then this article will help you out: Text To Speech Discord.

How To Assign Roles In Discord:

Once you have created all the roles, you want. It’s time to assign them to the trusted members. So if you want to know how to assign roles in Discord, then follow some simple steps given below:

Tip: I have seen many users asking, “why can’t I hear anyone on Discord?”. If you also have the same question and want to know the solution, then have a look at this blog post.

How To Delete A Role In Discord:

To remove a role from the Discord server, follow the below-mentioned steps:

That’s all for this topic. I hope this article would have been helpful to you. After publishing this guide, The first thing which I am going to do is, I will share this with my friends. Also, If anyone asks you how to add roles in Discord, then you can help them by sharing this article with them 😊. 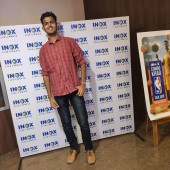 I am the founder of Tech Toogle, where I write a few words aiming at igniting knowledge of technology. Be A Part Of Our Tech Toogle Family

You have Successfully Subscribed!

Be A Part Of Our Tech Toogle Family

You have Successfully Subscribed!